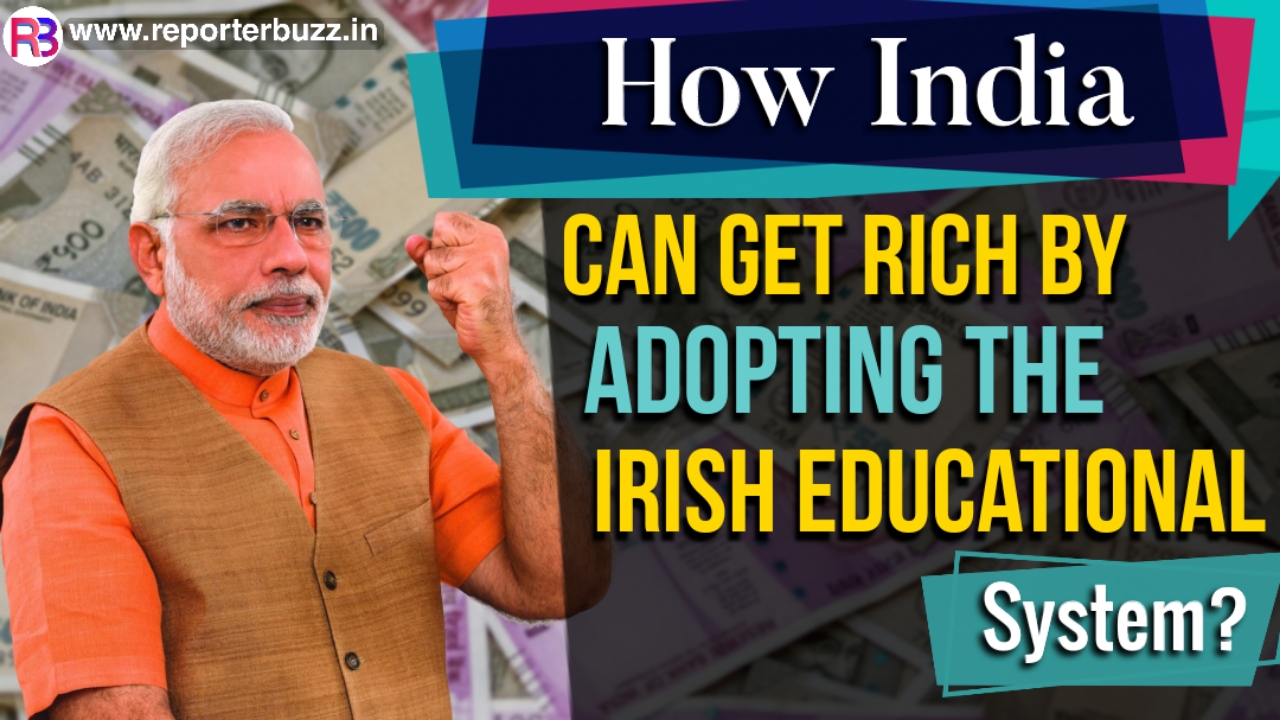 Hi, everybody. Ireland is one of the greatest nations in the 21st century. Despite being such a small country with four times less population than Mumbai, it is one of the fastest-growing nations globally, with a wealthy per capita income of $76,000. And considering its rapid growth and development in the 21st century, it's pretty unbelievable. That was just 40 years ago, in the 1980s, the same island as one of the worst-performing nations in the world. It had a severe unemployment rate of more than 20%. And inflation was soaring at about 18.2%. The condition of Ireland was so bad that a significant chunk of the population started leaving the country because they lost faith in the government. But you know what, from the 1980s onwards, despite the political instability, the Irish government started making a significant investment, and this investment started paying off 25 years later, because of which today it contributes more than $10 billion towards the Irish economy. This turned Ireland into the tech hub of the world. The question is, what is this investment? More importantly, what can a country like India learn from Ireland? This story dates back to 1979 when the second oil crisis shook the world and sent a wave of inflation throughout Asia and Europe. For those who don't know, in 1979, due to the Iranian Revolution, oil production declined, the demand skyrocketed, and the cost of oil doubled in just 12 months and touched $40 per barrel. This spike in price caused massive fuel shortages worldwide, resulting in a worldwide economic crisis. And during this time, one of the worst-hit countries was the Republic of Ireland. And back then, it had a population of only 3.3 million. And amongst those 3.3 million, also 1000s people started to leave the country because the country was not just suffering from political instability, but also recession. Environment. In the 1980s. Alone, more than 200,000 people left Ireland. This was when the politicians of Ireland realized that if the citizens start leaving the country at the same rate, the country would be in ruins in no time, and there would be no scope of development whatsoever. So they started to invest in the most underrated assets, which India ignored, and that is human capital.

Starting in the 1980s, Ireland began investing heavily and strategically in higher education. Now the highlight of what we hear is not heavy but strategic. The government started doing market research to try and understand what kind of skills will be in high demand in the international market. And this is when companies like Apple and banks were in the baby stages. And under the research that they did, they started building something called RTC's or regional technical colleges.

They also started building universities to train the youth in specific programs like electrical engineering and information technology. The highlight here is that they build these universities after making sure that there is a pipeline of employment built just so that they can get a job in companies like Apple, Microsoft, and other Silicon Valley computer firms after the students graduate. Fast forward to 1993. Because of the universities, the share of science and technical graduates in the labor force in Ireland was the highest among the 25 OECD countries, which included Finland, Germany, and even the United States. On top of that, they also made sure that the children are made to become proficient in at least two foreign languages. This was done to prepare students for a broader scope of opportunities in the international markets. And guess what guys? Slowly and steadily, from 1991 to 1996, people of Ireland from all across the world started coming back to their country as the nation strategically started providing the youth with more and more opportunities. And by 1996, nearly 20% of the people in Ireland were between the ages of 30 to 34. were returned emigrants as they are the people who returned to the country after leaving, and these people became active contributors to the country's economy. And here's where the government decided to take it one step further. In the 1990s, the government spotted another profitable opportunity in the form of the internet revolution.

And just like the electronics wave, based on the insights that they gain from the internet companies, the Irish government launched new programs to train the next generation to get a job in the upcoming internet companies. This time, they did not just prepare the students but also made a significant move to turn Ireland into the world's business hub. In the 1999 finance Act, the Minister of Finance Charlie McGreevy reduced the Irish corporate taxes from 32% to just 12.5%. And along with this, they also offered 25% r&d tax credits to foster new businesses. Now, people, this was a revolutionary move, which came at the perfect time. Why? Because during this time, internet companies worldwide were desperately looking out for avenues to save taxes and an avenue from getting a talent pool.

In this case, during this time, Ireland had both of them. So guess what? This turned Ireland into the tech hub of the world because of which today, nine out of the ten world's top medical technology companies and the top 10 internet companies, including Google and Facebook, are operating at scale from Ireland, now that Ireland has both the best companies and great universities. Guess what? Ireland has started to see a rapid influx of talent from all across the world. And today, Ireland is not just a central tech hub but also one of the best education hubs in the world, which provides a best-in-class education at a highly affordable price. And today, Irish universities contribute about $10.5 billion to the Irish economy every single year. And this is how, using extensive market research and strategic investment into education, Ireland went from being a failing country to becoming a booming tech and education hub.

More than 60% of the international students get a job in Ireland and become active contributors to the country's economy. And even today, while most governments are questioning the concept of crypto and the relevance of blockchain, Ireland has already started preparing its workforce and its business ecosystem to embrace the FinTech wave. This is being done with the vision that when opportunities arrive due to the blockchain revolution, the workforce of Ireland must be fully prepared to embrace it with open arms. This is how Ladies and gentlemen, a small country like Ireland, could transform its economy by investing heavily and strategically into its education. Similarly, today, Germany provides lucrative scholarships to attract talent from all across the world. Some of the significant milestones of the United States as a nation have been achieved due to the leadership and contribution of the immigrants. This is what you call an International Education Strategy. Now let's talk about the most important part of the article, and that is what India can learn from Ireland to fix its education system. Now, people, there are three lessons that we need to learn from Ireland.

The education system in both countries is operated as severe businesses. But the difference over here is that while the iris system treats students as real customers and focuses on giving them the best return on investment in India, the system intrigues students and is by default designed to exploit both the time and money of the students. What the government or the education system, in general, fails to realize is that when a talented student experiences the torture of the system through useless assignments or mandatory attendance and stupid projects, and even after four years when she ends up with only great but no skill, that talent clearly understands that she cannot grow in India.

A very simple example of the same is the engineering colleges in India. Therefore, we need a system designed to deliver value to the students instead of the current system designed to loot systems to unnecessary fee hikes and donations.

market research is by far the most important aspect of any education system. If you look at this, while the Irish education system was being set up, the government first did thorough market research and then built colleges to cater to the demands. Whereas in India, we've got the complete opposite. We first build colleges then sell fake dreams to the students. And then we think, how do we get a job for these students? On one side? Well, you've got foreign universities that are so futuristic that they're preparing students for blockchain; you've got engineering textbooks that are so outdated that they're just one step away from being called ancient.

So we need to turn things around in the next ten years if we are in any way looking out to become a superpower in the next three decades. And last, and most importantly, we need to start taking our investments into education very, very seriously. Because in the next ten years, we've got three revolutions coming up: the blockchain Revolution, the biotech revolution, and the AI revolution. And each one of these revolutions is going to create countless opportunities for both businesses and employment. And suppose we start tapping onto the right things and create a conducive business and education ecosystem. In that case, the Indian education system will go from being a disaster to becoming a trillion-dollar asset in the next 25 years. I hope that the national education policy is a step in that direction. That's all from my side for today. Guys, if you learned something valuable, then please make sure to hit the like button and share this with your friends. For more on such insightful business and political case studies, please subscribe to our blog. Thank you so much for reading. I will see you another day. Bye....