Hi all, welcome to ReporterBuzz. Today, I wanted to discuss a topic that we don't talk much about, and we have become very complacent about it. Our cinema has been dominated by love stories between the lead actor and actress or, in legal terms, the hero and the heroine. Now, this is what we call us romantic genre, right?. Love, as a word, has infinite possibilities. It can be a love between the father and the daughter, mother and a son or a human and his pet or a person's love for his or her own country, or a love for a sports love for science, math or technology and many more. For the most part, our movie makers stuck with the romance genre as there is a fair chance of return on investment doing such movies. And they fed this to us again and again and again. 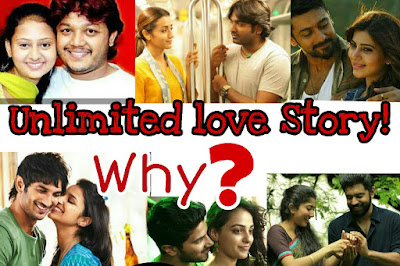 Likewise, I think even the taste of the moviegoers in India has been conditioned to always look forward to love stories, right?. now, what's ironic is that more than 90% of the marriages in India are arranged marriages. However, many things need to match. In addition to the prospective bride and groom matching with each other, the families need to match their finances need to match, and if it's a Hindu family, even the horoscopes need to match. 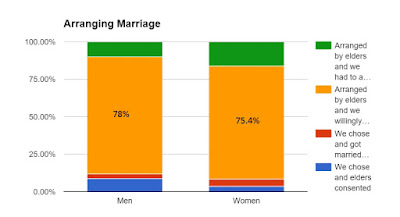 switching to the cinema, I think in the 80s, and before that era, the proportion of love stories was considerably less as most commercial cinema centered around grown-up, mature men and women dealing with day to day problems of life right? And in the middle of life If they get the time they do a little bit of romance. In the 70s, with socio-economic changes just rising unemployment, poverty, emergency, and the rise of angry young man love stories in Hindi cinema did not have much prominence in the central plot. I wouldn't say all those movies were good, but not many chocolate boy type heroes and heroines.

Talking only about Bollywood, two films change the template of love story forever. One was the 1988 Qayamat Se Qayamat Tak, and the other was Maine Pyar Kiya 1989. Qayamat Se Qayamat Tak explored a Romeo and Juliet kind of love story in which the lovers' families shared a tragic past, which created Rift and hatred in them for each other. Maine Pyar Kiya, directed by Suraj barjatya, was a benchmark for future love stories in the real sense of the word Right?. It showed the importance of proving oneself as a worthy match and winning the consent of the families. It showed how one could love and accept social acceptance, even the family values that form the bedrock of Indian culture.

I would say that these two movies pioneered cinema, and since then, our commercial cinema started to force love stories into all kinds of movies. Now in a parallel world, the likes of Mani Ratnam were pionee ring their version of love stories right. In the Tamil Movie, Mouna Ragam explored how a couple's relationship gets sour as the wife cannot let go of her ex-boyfriend's memory. In the Telugu Movie Gitanjali, a man learns that he's terminally ill and decides to live alone in a hill station. Now he meets a bubbly girl who teaches him how to live life to the fullest until he makes another shocking discovery.

Switching to Hindi Cinema of the 90s, they followed the template of movies like Maine Pyar Kiya for a long time actor and actresses would generally play immature boys, and girls are the ones that have not reached the marriageable age yet, right? So that there is ample time they can spend on-screen to romance dance fight, get into troubles and finish the movie with the tagline, then they're married and lived happily ever after. Right? There are so many movies where the climax scene is just about the hero and heroine going through all the troubles crossing all the hurdles, but happily ending with the mangalsutra or thali tied successfully In the climax scene. No one would care how their life would look like after the marriage. It didn't matter whether the couple had any financial means to live together after the wedding. All that people cared about is their hero and heroine getting married towards the end and live happily ever after Right? Now the likes of Karan Johar has possibly not done any genre other than romance, right? in Kal ho na ho SRK, who plays Aman makes the ultimate sacrifice to give all his master tips to Saif Ali Khan playing Rohit to who Preity Zinta, who plays Naina. in general this movie is all about failed attempt to impress a girl then getting trained on it and then impressing again right? What sport!. Karan Johar metaphor of SRK and his Loverboy image to make numerous other movies deep-rooted melodrama and romance.

Vetrimaaran, the renowned Tamil movie director, made a sarcastic statement recently during the promo of the upcoming movie Paava Kadhaigal that even his movies are either love stories surrounded by socially relevant topics's a socially relevant topic that is sugar-coated with the love story. He might have been too humble to comment about his movies like this, but I guess he was referring to any Indian film that needs to be commercially viable should have a romantic angle in it.
One may wonder if we start making movies that don't have romance in them, will it become an existential crisis for all the actresses out there. Over the years, the only reason the heroine is there in many commercial movies is to be a hero's love interest. If romance is removed from a film, what would be the role of a heroine? And I recognize that there are few female-centric movies out there. However, for them to succeed, the actress needs to be good at her craft, should have a fan following, and most importantly, should be able to select a good script and a director.

Keerthi Suresh's 'penguin' and 'Miss India' are good examples of how a female-centric plot without an intelligent script can backfire big time. Friends, my intention here is not to talk about some of the great love stories we have seen in the past. And please don't pick on me on that. My purpose is to discuss why most movie makers are forcing a love story in a movie that doesn't necessarily need it. Let's take, for instance, the movie Lagaan. If you think about it, it's a fictional story that has patriotism, cricket, ignorance, innocence, and a sense of triumph towards the end. It also got nominated for the Oscars. And if you think from a Western perspective, the triangular love story was forced into the plot. I wrote an article about our Oscar misses and discuss why one of the panelists wasn't happy about Lagaan having so many songs. Now obviously, from a desi perspective, there is a couple of wonderful soul-stirring AR Rahman songs that are only focused on the hero and heroine's, and I guess for the Indian audience, the movie wouldn't have been complete without a triangular love story in it. Emperor Akbar might have had so many stories that could have warranted a film of its own. But Gowariker just chose the Joda and Akbar love story because it's the only thing that's commercially viable. Even the classic Mughal airism was all about how a good son relationship to Anarkali triggers a war between the father and son. Gowariker also went back to Mohenjo Daro civilization and made a freaking love story there as well. You got to have a couple of romantic songs for marketing and publicity purposes, but as the audience can, we consume cinema without having a forced love story in it at all. Ashoka right, an invincible emperor of Moria, demonstrates most of the Indian subcontinent in the third century BC. Now Santosh even makes a Hindi movie with SRK and Kareena Kapoor. And even that is a freaking love story. Now I'm wondering if we can entirely blame the directors and the producers here.

Let's say someone makes a mind-boggling thriller movie based on Mohenjo Daro civilization's real facts without a list of actors without the hero heroin dance numbers. I wonder if it is a viable financial option at all. The Tumbbad is an example where word of mouth helped the movie a little but was ignored by mainstream media and Bollywood big shots. For the most part.
Romances are the genre that's needed for sure. Foreign filmmakers also do such movies, and there is undoubtedly a market for that too. Suppose you take Hollywood, for example. Romance is just one genre, not the primary genre, like what we have in India. I know the Ott has become a democratic platform for providing a level playing field for some extraordinary content creators. Post pandemic, I wonder how the movies at forced love angles are going to fare. Please comment on what is your favorite genre? And are you willing to give the directors a chance to let go of unnecessary romantic angle in their movie boldly?
Thank you very much, folks. If you're not shared this Article, please do so right now. I mean right now. Thank you again...
See Also :

Post a Comment
Leave a comment according to the topic of the article, tick Notify me to get notified via email when your comment is replied to.
Put In Image URL or Code Snippet, And Quote, then click the button you want to parse. Copy the parse result and paste it into the comments field.
Copy Code!